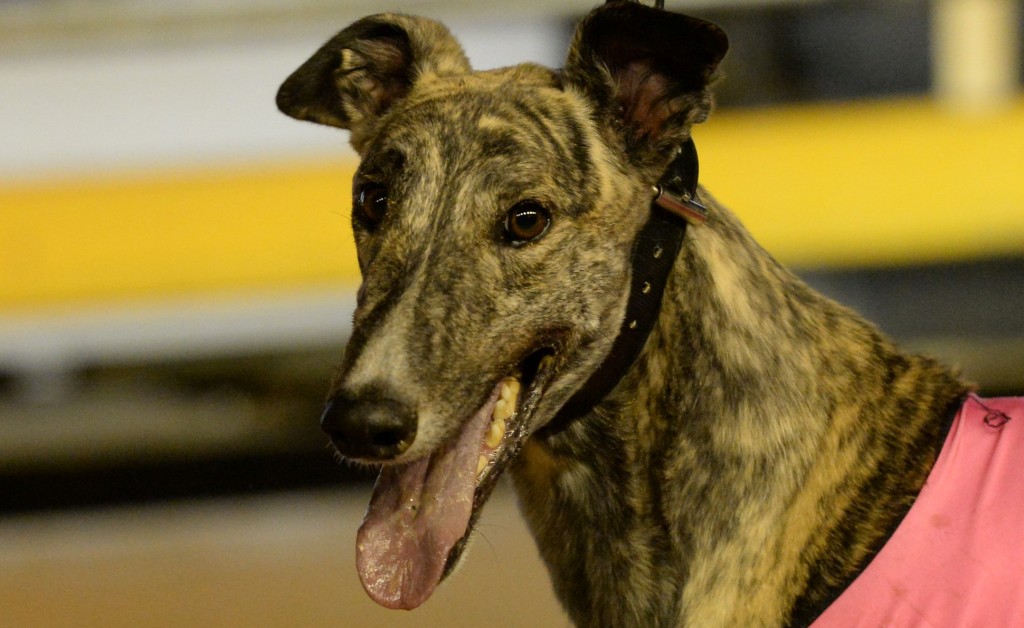 
Thirty Talks took flight last night at Sandown Park as he proved too good in his heat of the Launching Pad.

In what was just his fourth career start Thirty Talks was only moderate to begin, however gained clear running out wide to settle second first time past the post. In pursuit of early leader Carjack Arrest down the back straight Thirty Talks could not be shaken off and threatened danger approaching the home turn. He took the lead in the final strides to win by ½ a length and advanced to Thursday’s semi-finals.

Trainer of Thirty Talks and one of Queensland’s most respected, Tony Brett, was full of praise after the win.

“He’s got a bit to learn, he looked to have the leader covered but took his time getting past – there’s certainly some improvement left in him,” said Brett.

“Win, lose or draw next week the experience is going to do him the world of good for later in the year – it’s a good test especially for a young dog.”

Thirty Talks was purchased by current owner Len Antonio at the 2014 Richmond Puppy Auction for $30,000 – the biggest price a pup has been bought for through any Australian auction.

“The day Lenny bought him as a five month old pup from Richmond we were on our way home and he said ‘we’ll win the Melbourne Cup with this dog’, and while that comment was a bit tongue in cheek it’s encouraging to see some early success.”

This year’s edition of the Launching Pad saw major changes, none bigger than the introduction of semi-finals and the opportunity to compete in a consolation series.

“It’s not all or nothing, if your dog doesn’t make it through to the semi-finals there’s an opportunity to run in the consolation series – everyone has a good chance to make at least their investment back.”

Launching Pad semi-finals and consolation heats will be run Thursday 17 March, with both finals to be run on the following Thursday in conjunction with the club’s Easter Kids Fun Night – click here for more information.


Thirty Talks takes out heat 4 of the Launching Pad in 29.60