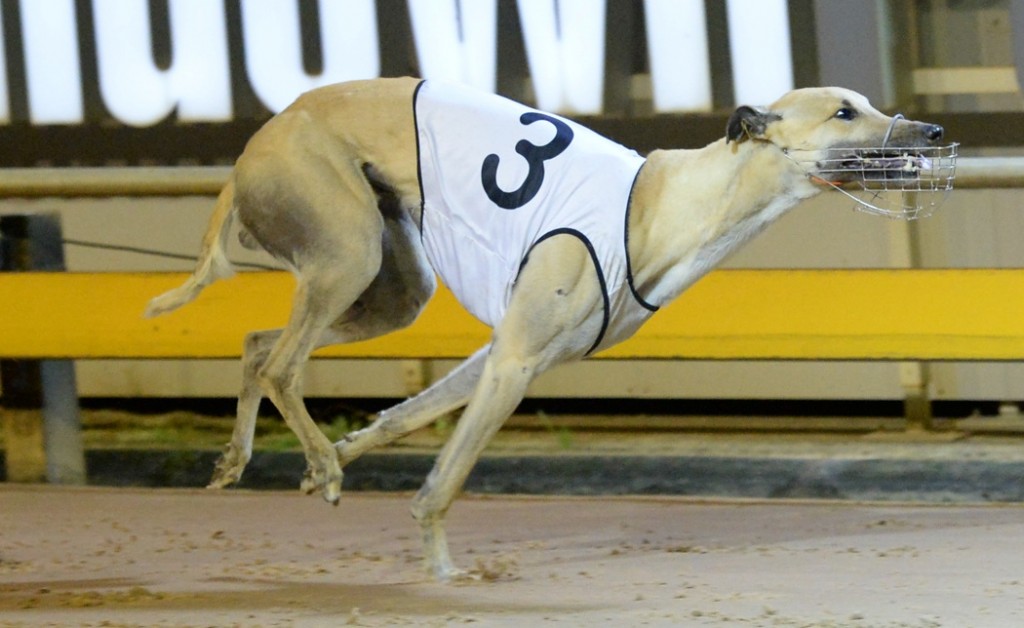 
It was a special night for team Hallinan at Sandown Park last night when their exciting youngsters Zipping Kane and Zipping Chubbz completed a winning double.

Zipping Chubbz recorded one of the more impressive wins in recent weeks. Beginning only fairly, he quickly moved into third place before unleashing an explosive finishing burst to win by four lengths. The win was his first since the start of December, a run of seven starts.

“We were over the moon with his win last night,” said Cam Hallinan.

“Speaking with his trainer Jamie Ennis, the plan is to take Chubbz to Wentworth Park for the New Sensation series in March. Jamie speaks highly of the dog so fingers crossed he continues to improve.”

Earlier in the night, Zipping Kane recorded a win on his 595m debut. After a slow start he soon mustered speed to place himself in a winning position down the back straight before going on to record an impressive 1½ length win.

“He had no trouble with the 595m – we hope and expect he’ll become a handy stayer,” said Cam Hallinan.

Zipping Kane and Zipping Chubbz are the latest of a long line of top quality chasers to emerge from the picturesque Hallinan property north of Orange in New South Wales. The Hallinan name is widely respected in greyhound racing for their professionalism and expertise when it comes to the breeding and early education of a racing greyhound, and employs eight full time staff including Cam and his parents, Martin and Fiona.

At 19 years of age, Cam has literally spent his entire life with greyhounds.

“It runs in our blood, my grandfather was a bookmaker – it all started from there. Dad bought the land, built the house that we currently live in, and set up the facilities for the dogs.

While his day-to-day focus is on giving young pups the best care and education possible, like all owners Cam loves the thrill of winning on race day.

“There’s nothing better than the thrill of your own dogs winning – whether it be a maiden win in country New South Wales to a Group 1 winner at Sandown there’s no better feeling.”