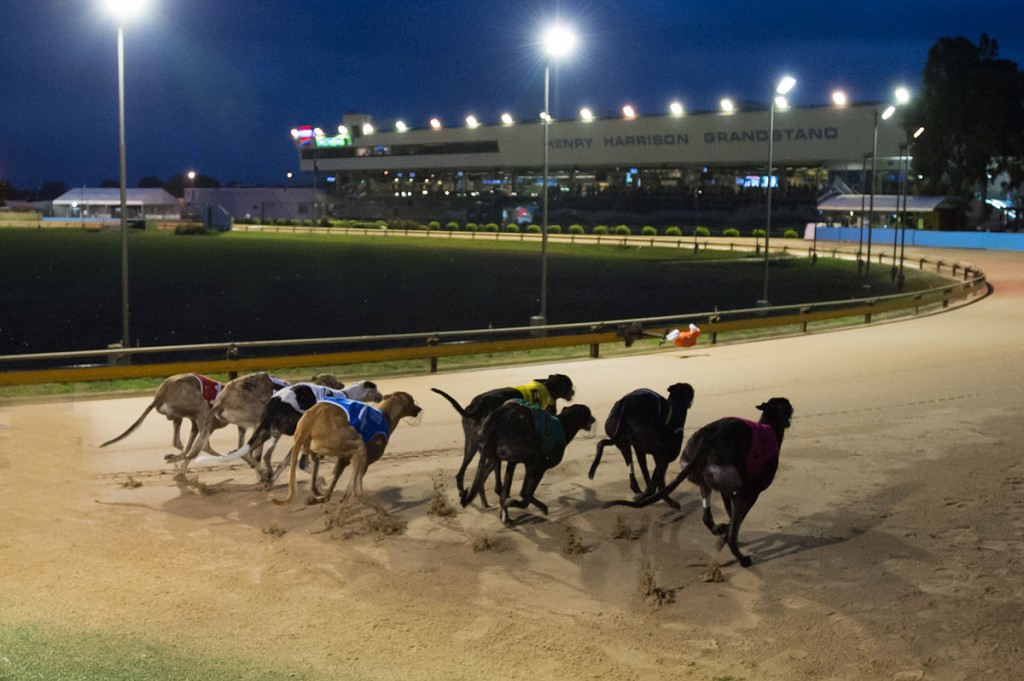 Sent to the boxes a firming $1.45 favourite, Dyna Double sprung to the front from box 5 and from there was never headed, storming to the line in 33.63 to eclipse Bobby Boucheau’s previous mark by 0.04 seconds.

To the frustration of the connections, the 14-time group race finalist had experienced an uncharacteristic run of four outs prior to tonight, triggering the step up in distance. 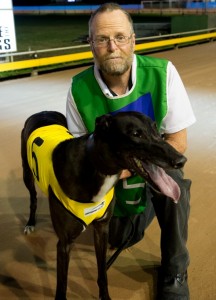 “He’s been performing stud duties of late and to be honest, it’s all he’s been thinking about,” said George Dailly, deputising for his sister-in-law Andrea.

“It got to the stage where it had to be done (stepping up in distance). He was getting too far back early in the sprints so we had to do something to switch him on.”

Dyna Double One has shown good early speed over the sprints previously – most notable in the TAB Melbourne Cup final – however he relished the space offered to him over with the step up in distance.

“It was good to see him begin the way he did tonight, and once in front he was always going to be very hard to beat.

As brilliant as he was early, his run home time was equally impressive finding the line in 10.78 – a time more likely to be run in a sprint.

“He’s as strong as a bull and chases as hard as anything. It’s the reason he’s been so popular at stud.”