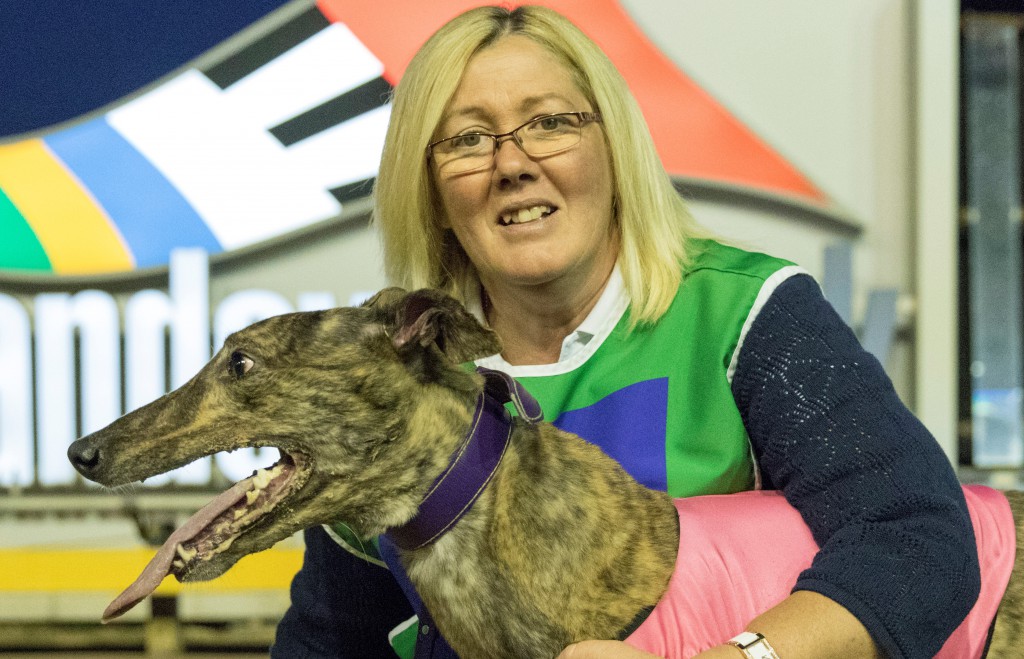 Lamia on track to go back-to-back

Lamia Bale flew out of box eight and set up a three length break down the back straight, before going on to win by 1 ½ lengths from Blazin’ Bomber in a swift 34.09 – fastest of the four heats.

Co-trainer Heather Collins was delighted with the run.

“She hasn’t been in fantastic form of late, excluding the win in her Melbourne Cup heat – she’s had a few minor injuries and she’s just starting to return to her best now,” said Collins.

Next week’s final will be Lamia Bale’s 14th group start and will be aiming for her fifth group win.

Ryno’s Raider impressed in heat 2, the recent group 1 Bold Trease finalist came from last in the initial stages of the race to defeat Rebecca Romyn’s Bring Sexy Back by 5 ¼ lengths in 34.26.

Trainer Tom O’Donovan was confident of Ryno’s Raider’s chances prior to the running and praised the effort of his charge.

“I did think he was a big chance to win tonight however I was hoping he’d begin a bit better,” said O’Donovan.

“He was forced to work hard and take an outside run – he did it the hard way.”

Fellow Bold Trease finalist Lithgow Panther proved too strong his heat as he defeated the James Pattinson owned Beckenbauer in 34.15.

New South Wales visitor No Donuts took out the fourth and final heat in what was his first race at Sandown Park, from the in-form Secret Spell in 34.23.

The group 3 Sir John Dillon Memorial will be run Thursday 10 December at Sandown Park, in conjunction with the Club’s popular Vegas Night. For bookings and more information contact the club on (03) 9546 9511.

Heat replays and box draw for next week’s final below. 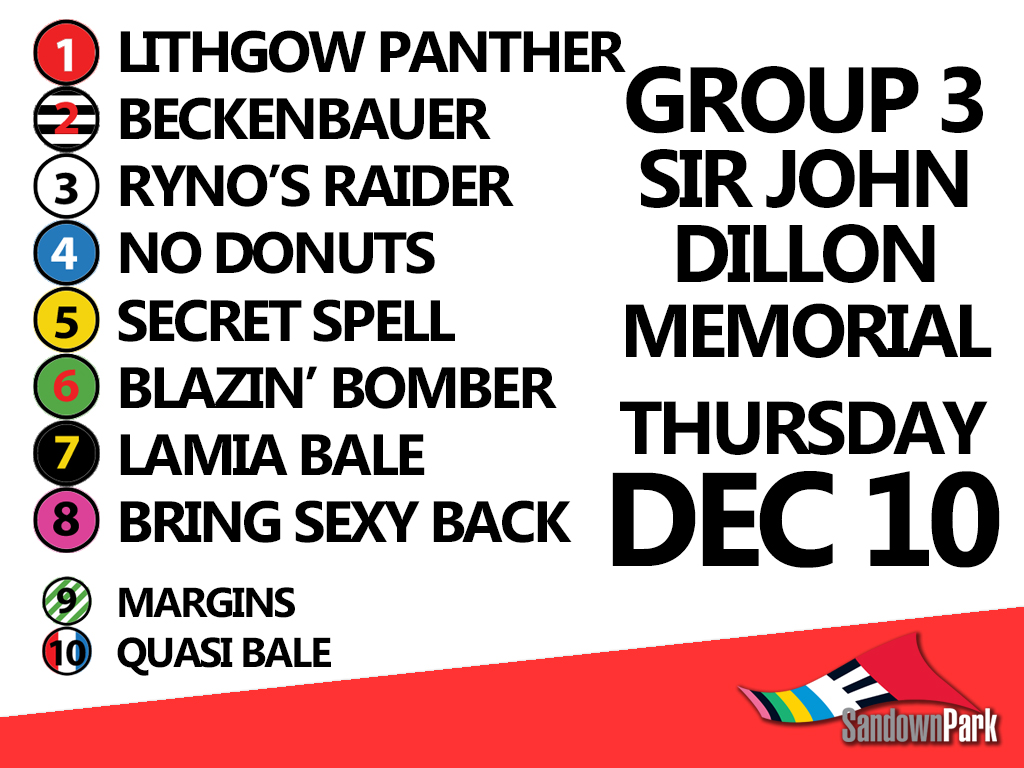