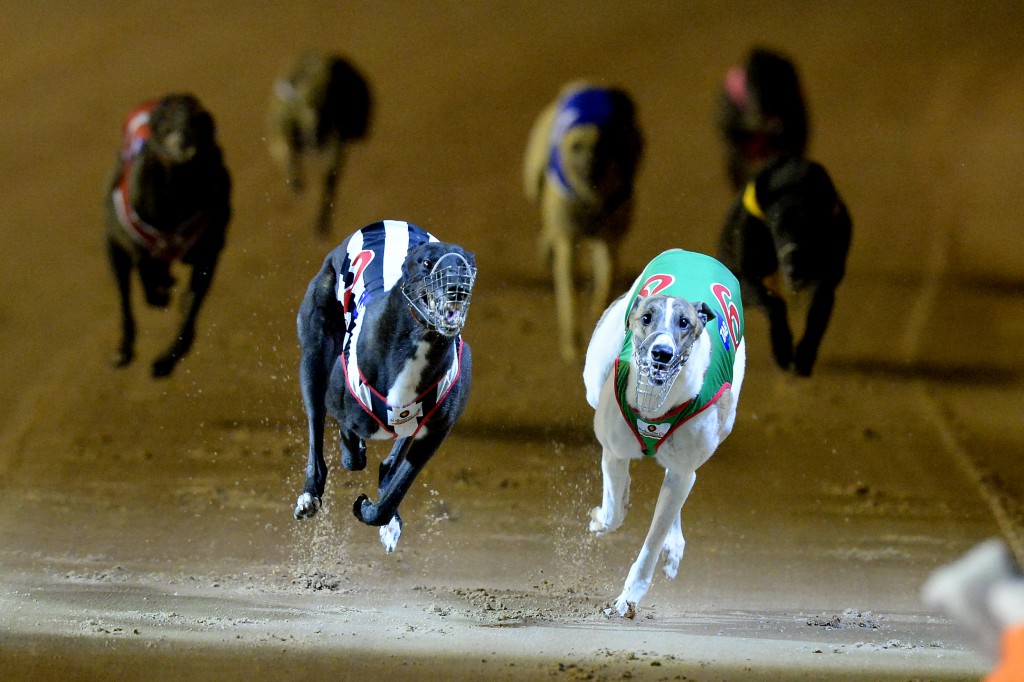 Dailly’s Double a pair to savor


Dyna Double One tonight upstaged his kennel mate Fernando Bale in what will long be remembered as one of the greatest TAB Melbourne Cups ever run.

Seeking an unprecedented ninth group 1 title in what was widely touted to be his final start, Fernando Bale stunned everyone when for the first time since July, he missed the start and was slowly away from the boxes. However he soon showed his trademark dazzling turn of foot, and with a huge roar from the crowd, charged through the first turn four-wide before crossing the field and leading by three lengths entering the back straight.

Dyna Double One had similarly began only fairly before railing strongly through the first turn and setting off in pursuit of his more fancied kennel mate, setting up the race that greyhound fans everywhere had longed to see.

With their rivals left behind, the race became a match race between two of the greats of the modern era. Dyna Double One closed in on Fernando Bale turning for home only for the champ to respond and in a thrilling run to the line, Dyna Double One finally nabbed his rival to land the world’s richest greyhound race by a neck in a new race record of 29.17.

“I’ve always said that Double One will show what he’s capable of one day and he did it in the biggest race in the country,” said Andrea Dailly.

Despite being beaten, Dailly was full of praise for Fernando Bale’s performance.

“The effort he put in was just sensational. He ran his race upside down, and to only be beaten a neck by Dyna Double One with him just three lengths off him down the back is just phenomenal. At box rise I thought ‘he can’t win the race’, but within a twinkling of an eye he was in front.

“From where he was, I’d have thought Dyna Double One would have beaten him by a couple of lengths but Fernando’s will to win is enormous and he just keeps on trying.”

Entering tonight’s race, Dyna Double One had been placed in five group one races and had never defeated Fernando Bale in seven meetings between the pair, a fact that was not lost on owner Paul Wheeler.

“It’s been said for a long while that there’s nothing between Dyna Double One and Fernando Bale in terms of overall time. In the heats last week there was one hundredth of a second, tonight it was a neck,” he said.

“Dyna Double One has been the bridesmaid his entire career. Without Fernando racing at the same time the hype would have been on him and I’m glad to see that he overcame that bridesmaid tag in the biggest race of the year.”

Wheeler had four runners in the final (Dyna Double One, Fernando Bale, Dyna Tiber and Lamia Bale) and is no stranger to big race finals. But despite having tasted success in the biggest group 1 events around the country, the build up to one of the most anticipated finals in years had him on the edge of his seat.

“I was nervous before the race because of the hype and expectations on Fernando to win it,” he said.

“After the lids came up I was really worried because I saw Fernando buried back in the field at the winning post the first time, and I still don’t know how he got from where he was to the lead. It was an amazing effort to see him come from back in the pack to lead through the catching pen, so even though he ran second it was an extremely gallant second.

“Really, that was the difference between them in the end. It put Dyna Double One close to him down the back.”

Wheeler confirmed that had Fernando Bale won, he would have been immediately retired. However during the post race presentation, declared that Fernando Bale will continue racing indefinitely.

“The whole crowd roared in appreciation, I honestly had no idea he was that popular,” he said.

“He’s the biggest drawcard I’ve seen in my lifetime in the sport.”

Fernando Bale will now line up in Wednesday’s Ballarat Cup heats, the final of which carries a $50,000 bonus should Fernando Bale prove victorious in his third country cup of the calendar year.

Dyna Double One meanwhile is likely to head to Albion Park for the Brisbane Cup, having finished second in the group 1 Winter Cup at the same venue in July.