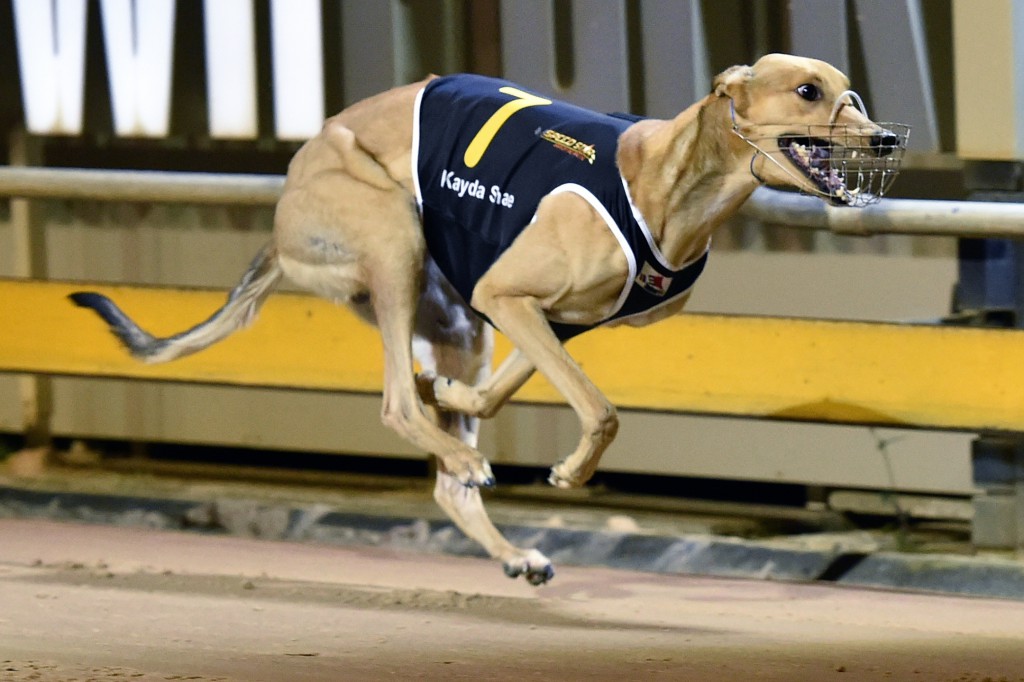 Kayda Shae a heartbeat away


Kayda Shae will line up as the favourite for tomorrow night’s $50,000 winner-takes-all Shootout, but what makes the red fawn star one of the fastest greyhounds in the country?

In just 23 career starts, Kayda Shae has established himself as one of the fastest and most accomplished sprinters in the country. Tomorrow night’s Shootout will be the 34kg son of Kilty Lad’s seventh start at group level, having won one and been placed in five others including his last two starts finishing behind Fernando Bale.

In September’s $61,000 Speed Star, each runner in the race carried a global positioning system unit which recorded the speed and acceleration of each runner revealing a fascinating insight into the performance of some of the country’s premier sprinters.

After box rise Kayda Shae covered the first 10m in 1.6 seconds, while accelerating to 43kph. Stopping the clock at the first split (72m) in 5.06, Kayda Shae was travelling at 69.2kph before reaching 72.29kph approaching the apex of the first turn. He decelerated to just 60.8kph through the point of the turn, before accelerating again down the back straight to reach his top speed of 73.15kph. He then quickly decelerated to 58.8kph through the apex of the final turn – the slowest point of his run.

Interestingly, once through the turn Kayda Shae maintained a relatively stable speed, accelerating to 64.8kph before crossing the line at 61.09kph and recording a race time of 29.099 seconds.

Kayda Shae’s time was the second fastest of the night behind Smart Missile’s stunning 29.006 seconds.

Despite Kayda Shae having a superior top speed (73.15kph against 72.7kph), Smart Missile spent 1.3 second more of his run above 70kph (13.6 seconds against 12.6 seconds). Additionally, Smart Missile was able to maintain greater speed through the turn, never slipping below 66.96kp/h while Kayda Shae slowed to 60.8kp/h. Smart Missile crossed the line at 61.42kp/h, just 0.31kp/h faster than Kayda Shae.

The Sandown Greyhound Racing Club would like to thank the team at GPSports for their assistance with the GPS technology. GPSports is the market leader in performance monitoring technology and works closely with a number of elite sporting organisations around the world. For more information please visit their website – www.gpsports.com. 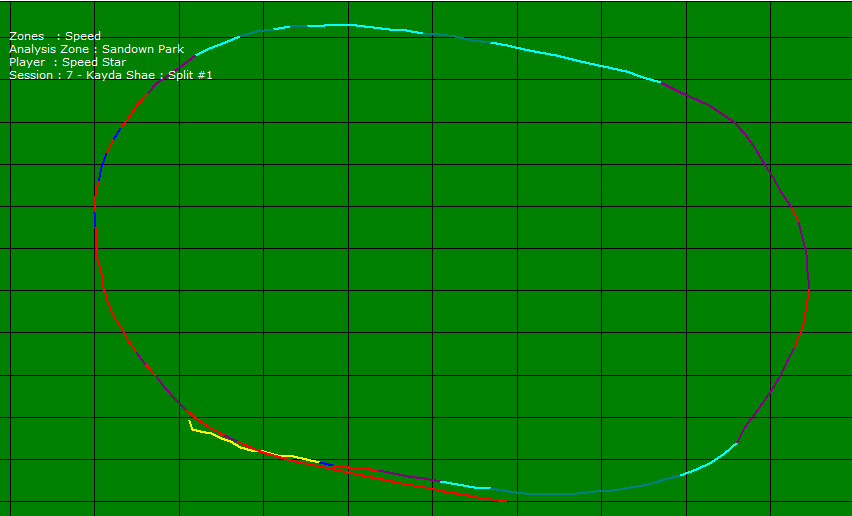