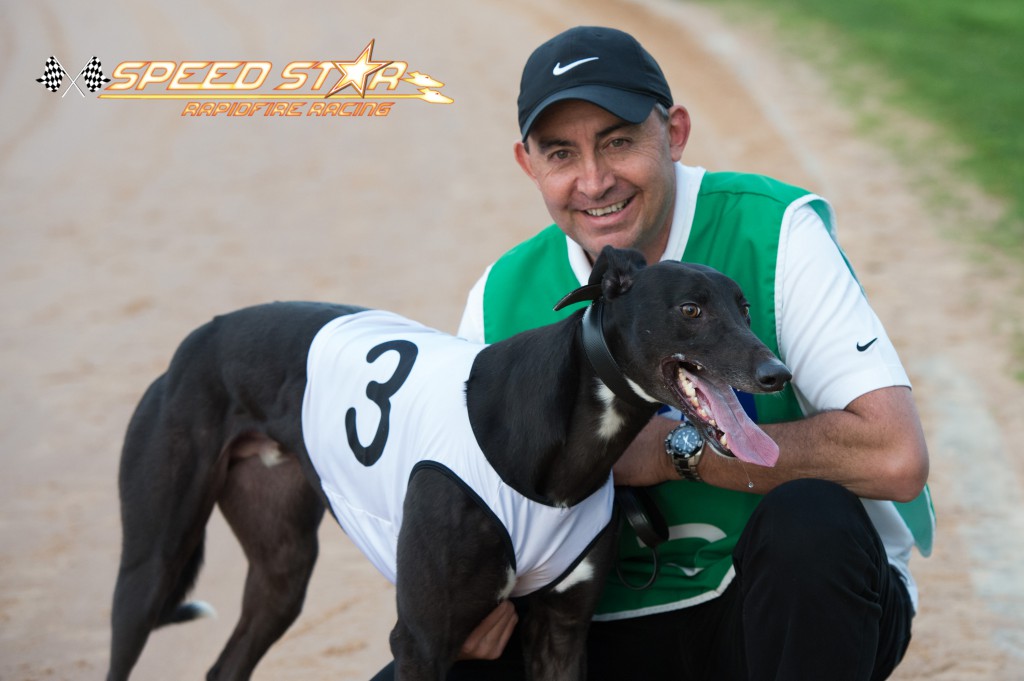 
Smart Missile showed why he is regarded as one of the fastest young greyhounds in the country with a stunning display that saw him secure top billing for Thursday night’s $61,000 Speed Star.

In the final qualifying trial of the series the Gardens 515m track record holder scorched around Sandown Park, carving out impressive 5.10, 18.60 sectionals before coming home in 10.48 and stopping the clock at 29.080, despite having never seen the circuit previously.

“He’s obviously pretty quick, hopefully he can find a little bit after having his first look,” said dual Melbourne Cup winning trainer Jason Thompson who will be looking after the greyhound during his Victorian campaign.

It was Thompson’s first look at Smart Missile in race conditions, but the leviathan 36.5kg chaser gave every impression of being capable of putting in a good time.

“I trialled him at Healesville on Tuesday and he went quicker than I’ve ever had a dog go up there. He arrived last week and settled in really well at home, he came down in good order and his trainer Jason Mackay said he’s the fastest dog he’s had. It looks like he’s spot on.”

Smart Missile deposed Kayda Shae as the top ranked chaser, a position he’d held for little more than an hour after trialling 29.126.

“It was a little bit of a tossup weather to trial him,” said trainer Kelly Bravo.

“If he didn’t need to trial we might have stayed in 8th spot and hope that held up, but he needed the run because he hadn’t had a run since the Healesville Cup final. It was his first 500 for a few weeks so it was good for him. I don’t know if he can go much faster but I’ll be very happy if he can run up to that time.”

Texas Titan also trialled his way into the final field on Sunday afternoon, slicing more than five lengths off his previous best time at the venue.

“He just gets caught up in fields, it was good that he was able to show what he can do with a bit of space early,” said trainer Jeff Britton.

Joining the trio on Thursday night will be Full On Bling – who entered the day as the fastest qualifier – Dyna Yemen, Armed And Ready, Caustic Bale and Lamia Bale.

The Speed Star will be run as race 3 (7.46pm) on Thursday night and TAB.com.au will be offering a full range of head to head betting, as well as each way betting on the outcome of the race.

Click here for further information about the format of the race, each match, qualifying trials, or the Speed Star event.