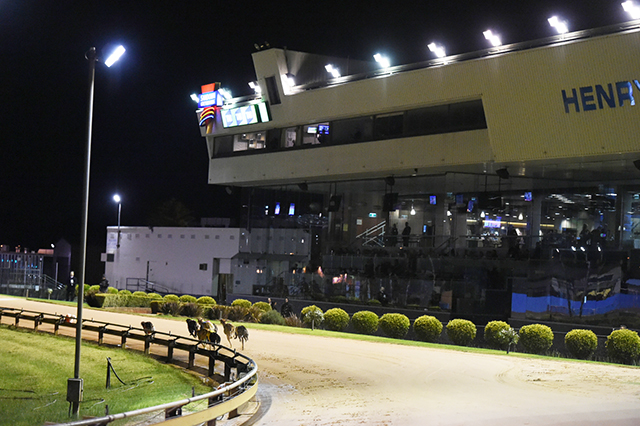 Sandown Park Preview: Punters to get an Early Return


Metro racing heads back to Sandown Park on Thursday night with a 12 race card set for decision.

We open our pockets early in the evening with Fleet Return, who has drawn perfectly in the second race form box two. He has a fast PB of 29.68 at the venue and his last start Warragul win in 25.79 (Replay) shows he is travelling as good, if not better then when he set his Sandown Park personal best. With the aid of an inside draw, I’ll be expecting this extremely promising chaser to lob on the pace and prove too good.

Despite being a relatively small field, it is fantastic to see a FFA over the 595m. This small but exciting field should put on a clinic and I think Full On Bling could endure a lovely run throughout and prove to be the one to beat.

The stayers clash in the fourth race of the night and once again I’m pinning my hopes on Callum’s Mum after she was desperately unlucky last week (Replay). There’s no doubt she will be the superior stayer at the end of the 715m, but she does need to find her feet in the early part of the race. If she can do that she should prove too strong.

The quaddie legs look outstanding with great depth. The sixth race on the program is the grade five final for the stayers worth $12,000 to the winner and I think just about any of the eight could salute without too greater surprise.

Pop The Cork draws perfectly in the seventh race as he lines up for the second time for Jason Thompson. He seems to do his best racing when he receives an unimpeded run to the first corner and he looks set to receive that in this assignment.

Toward the close of the meeting Gaucho looks extremely hard to beat as he debuts at the 595m. I’ll also be keeping a close eye on Akando and Moreira, who should both go very well in their respective races.

That wraps up the preview in what should be a handy night of greyhound racing!
.


Watch: Callum’s Mum (5) began well, was shuffled back and then flew home late at Sandown Park last week. With an ounce of luck she could return to the winner’s list tonight.