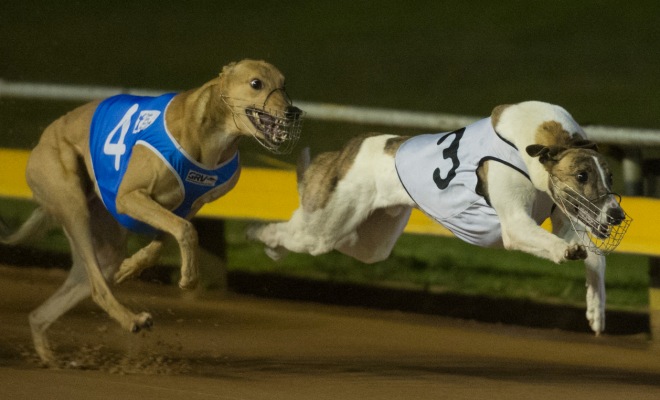 That was the verdict at Sandown Park tonight after greyhound super star Fernando Bale claimed his 23rd win from his last 25 starts in a heat of the Victorian National Sprint Championship. 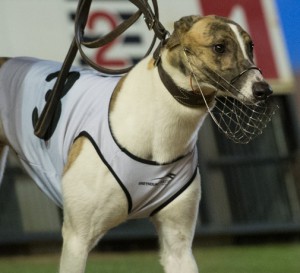 Fernando Bale was sent to the boxes as the $1.10 favourite – the 14th consecutive start in which he’s started as the odds on favourite – and the cold, wet and windy conditions did nothing to temper his explosive early speed, pinging from box 3 to lead Kayda Shae first time past the post.

To the surprise of many, Fernando Bale moved off the rail through the first turn, allowing Kayda Shae to rail through and draw level with the 7 time group race winner. However Fernando Bale showed the extraordinary speed that has made him Australia’s premier sprinter and going on to win for the 26th time in his 32 career starts and be guaranteed a berth in the Nation Sprint Championship Grand Final.

“I thought he was going to let the 4 (Kayda Shae) through at the first turn but he knuckled down and found the line really well.”

While his winning time of 29.34 was a long way outside of his best time at the track, it was still the fastest time recorded on the night (his 20th win in best of night time). Indeed, the next fastest heat winners – Margins and Ronray Spirit – registered victories in 29.60. Lamia Bale and Weston East won the final two heats of night, and with Mepunga Armagh and Above All joining Kayda Shae in the final as the fastest runners up, the stage is set for one of the best races seen at Sandown Park in many years.

Seven of the eight finalists have won over $100,000 in prize money, combining to win in excess of an extraordinary $1.9m. Six have won at group level and all have qualified for at least two group finals, combining to contest 35 group finals in total for 17 wins (including eight at group 1 level).

Sandown Park is giving one lucky patron and a friend the chance to see Fernando Bale chase an unprecedented sixth group 1 win at the National Sprint Championship Grand Final at Wentworth Park, Sydney, on Saturday 15 August. Simply be on course at next week’s Victorian National Sprint final for your chance to win.

Click here for full results from tonight’s racing.
Click here for replays of each heat of the Victorian National Sprint Championship. 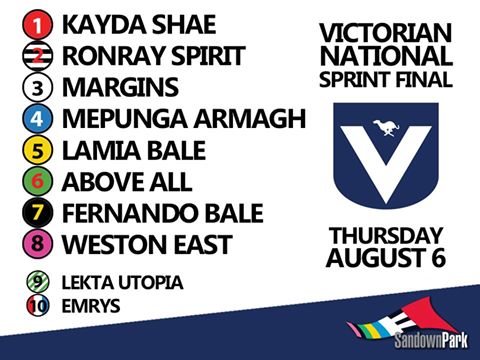 The winner of next Thursday night’s Victorian final will represent Victoria at the National Sprint Championship. As Fernando Bale is the country’s highest ranked sprinter, he will qualify for the national final as the Australian Greyhound Racing Association Wildcard should he get beaten in next week’s state final. If Fernando Bale wins the final, Lamia Bale will progress as the next highest ranked sprinter to qualify for their state final.