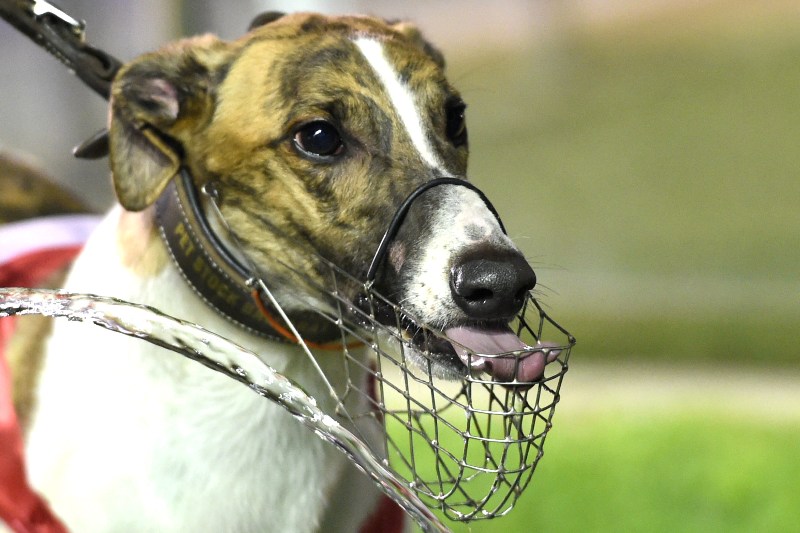 After seeing his record equalling consecutive win streak end when second in a semi final of the group 1 Maturity Classic, Fernando Bale stormed back to his brilliant best to claim his fifth group 1 title in the final and smash both track sectional records along the way.

“We thought the Meadows might not be his track. For whatever reason he just didn’t seem to jump as well as he does at other tracks, but he timed the start perfectly on Saturday night, got down at exactly the right moment and began as well as he ever has,” said co-trainer George Dailly.

The five day break between the Maturity final and Thursday night’s heats is no concern for Dailly.

“He pulled up as good as gold. He’s only a young pup and he loves racing, so while he’s fit and well we’ll keep going.”

Despite being just 28 months of age, Fernando Bale is already Australia’s second highest earning greyhound with $790,100 in prize money and has won 25 of his 31 career starts, and has proven to be extremely popular, regularly trending on social media whenever he races.

“Everyone wants to stop and talk about him, and it’s strange to see so many people taking photos of him before and after his races. He’s such a professional racer and a beautiful dog.”

The Dailly kennel will be well represented on Thursday night with 13 runners across the five heats, including Maturity Classic runner up Dyna Double One, Melbourne Cup winner Dyna Villa, and Fernando Bale’s litter sister Elfen Bale.

The winner of each heat and the three fastest runners up will progress to the Victorian final on Thursday 6 August, with the winner to represent their state at the grand final at Wentworth Park on Saturday 22 August. As the highest ranked sprinter in the country, Fernando Bale only needs to compete in the final to guarantee his ticket to Sydney.

Entry to all meetings at Sandown Park is free. Gates open at 6.00pm with the first of 12 races commencing at 7.09pm.