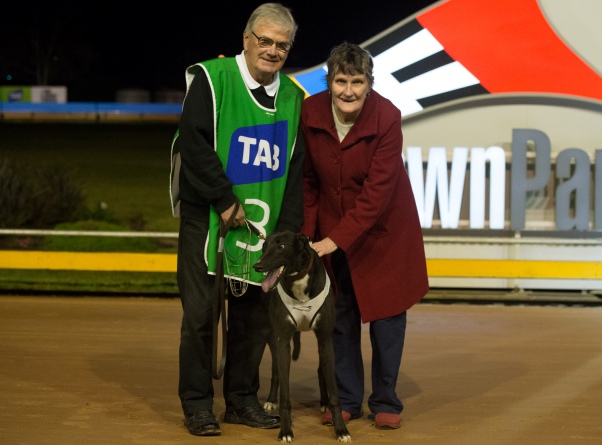 Connell’s star in the Pipeline


Last night at Sandown Park was a memorable one for trainer Arthur Connell after his one and only racing greyhound Pipeline Rumour claimed his first city class win. 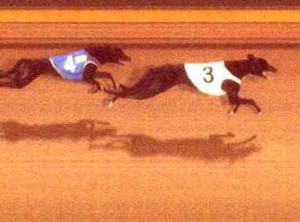 Pipeline Rumour was fast to begin from box three and gained a 10 length gap from his rivals first time past the post. Tiring in the home straight, Pipeline Rumour hung on to win by 1 ½ lengths completing the 715m in 42.59.

“He was looking for somewhere to lay down half way down the straight – he did all his hard work early,” said Connell.

“He’s run over 595m at Sandown before though he was finding a lot of interference, but he kept running home well – when he can jump to the front he’s a different dog.”

Pipeline Rumour’s journey to Connell’s Corinella kennel was one out of the ordinary, with a negotiation at the mines between Connell’s son and a friend.

“My son works at the mines and his friend had a stud dog in Sydney who had pups available – so my son agreed to buy a pup.”

“I educated him myself and got him ready-to-race – he’s the most well behaved dog I’ve ever had, doesn’t cause any trouble and has a beautiful nature.”

Although only 20 starts into Pipeline Rumour’s career, Connell has received multiple offers from all over the country however none desirable enough to tempt him.

“I’ve had a three offers for him and even one from Western Australia, but we decided to knock them all back – he’s probably one of the better dogs I’ve had over the years, they’re hard to come across so we’re looking forward to having a bit of fun with him.”

Connell is no stranger to the sport having trained greyhounds for over 50 years.

“I got my trainer’s license back in 1964, after that I got married, had kids and was working eight hours a day before working the dogs.”

“I had a block in Wonthaggi though sold it due to some health problems – if something happened to me it would have been tough for my wife to look after it.”

Now living in the sea side town of Corinella, Connell and Pipeline Rumour are regulars at the local beach.

Pipeline Rumour holds on to win.