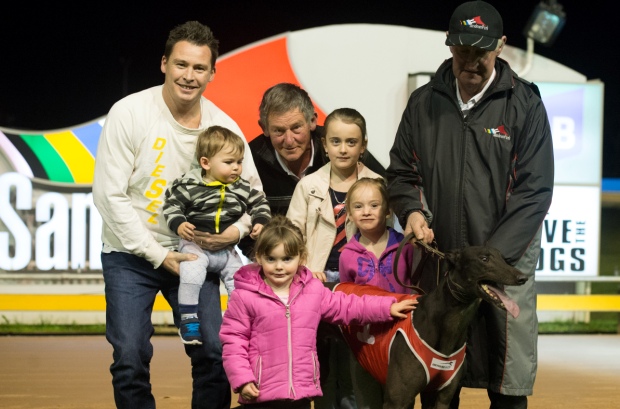 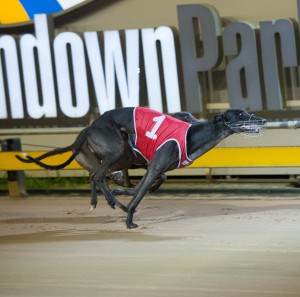 Dewana Result was only moderate to begin from the coveted box one, however gained clear running in the early stages to settle third. He loomed large approaching the home bend and took the lead in the closing stages to win by ½ a length in 29.73.

Trainer Brendan Dewan was pleased with the run however expected his charge to set a faster time.

“I was happy with the run though I thought he’d go a bit quicker – he didn’t do a lot of work during the week so he might have been a bit underdone,” said Dewan.

Dewana Result won 9 of his first 11 race starts all in exceptional time, however getting him on the track was no easy feat for the Dewan camp.

“He got water diabetes before he even got to the race track and was on the drip for a while at the Sandown vet – he recovered from that after three or four months then broke the track record in a half-field trial at Warragul.

“Late last year I was getting him ready for the Hobart Thousand, he injured his monkey muscle then tore a tendon in his toe.”

The Carrum Downs trainer has been involved in greyhound racing for 30 years after “catching the bug” as a youngster.

“I’ve been a hobby trainer for about 30 years. A friend of mine had greyhounds and raced one that wasn’t very fast, so he gave it to me as a pet – after that I got the bug and bought a couple of pups myself.”

Although heats of the National Sprint Championship are just two weeks away, Dewan has decided to bypass the series, instead he intends to step Dewana Result up in distance.

“I don’t think he has the early speed to match the top sprinters – I might take him to the Meadows on Wednesday and try him over 600m.”