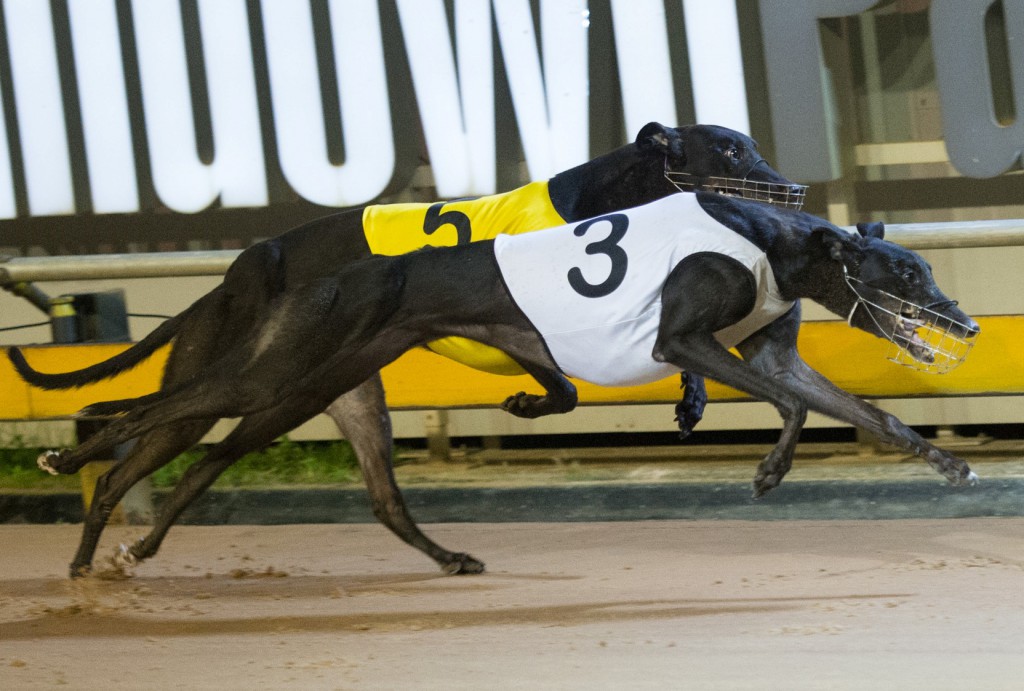 Despite qualifying four lengths faster than any other heat winner, Lady Toy was sent to the boxes an easing $3.40 favourite and was last soon after box rise which allowed her to drop down to the rail as the well supported Spring Leaf and Ballerino vied for the early lead. 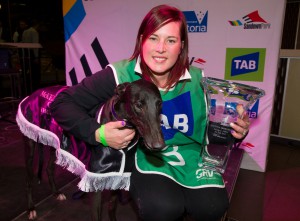 Past the post the first time, Lady Toy was sixth and began to make her move. She tacked onto What’s Chewing down the back and followed him beneath Lektra Concord. Past the 595m boxes, What’s Chewing railed under the lamp lighter Spring Leaf while Lady Toy switched to the outer and in a memorable run to the line, Lady Toy prevailed by half a length.

It was Lady Toy’s first win at group level in eight attempts having been placed on seven occasions.

“She’s always raced so consistently and tonight she just got the nice clear run that she needed. I didn’t think she was going to get there as they came back past the boxes but she did and I couldn’t be more happy with her.”

Her winning time of 34.05 was 0.01 faster than her heat win, a fact that was particularly pleasing for Ennis.

“She got bunched up a little more and had to work a little harder this week than last so to put up that time is really pleasing. We’ve been really happy with her this week and she’s been well in herself and it was great she could put it all together tonight.

The win took her prize money beyond $344,000, making her the sixth highest earning active greyhound in the country.

“She’s such a great race dog, nothing fazes her at all. She’s been second in four group 1s and now has a group race behind her, we’re very proud of her.”

Ennis was particularly effusive in her praise for Jim Psaila and Norma Gost who prepared the greyhound prior to joining her Lara kennel.

“We’re very appreciative to Jim and Norma and thank them for allowing us to have the opportunity with her. She was only going to be with us for the Perth Cup and six months later she’s still here and we couldn’t be more grateful.

Lady Toy will now set her sights on claiming her first group 1 title with the heats of the National Distance Championship at the end of the month.

Earlier in the night, Melbourne Cup winner Dyna Villa returned to his brilliant best winning the Free For All in 29.26 and in doing so became the third highest earning greyhound of all time, passing Miata to take her prize money to $721,283. His 27th career win was his ninth from 10 starts at Sandown, and remains undefeated in eight starts in from box 8.