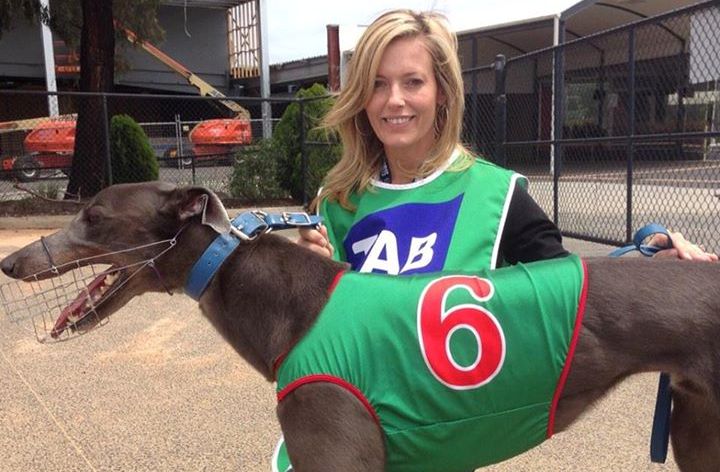 
Speedy Carerro may be the first – and only – greyhound Michelle Bell has trained, but the Cranbourne mother of three knows what it takes to prepare a greyhound for one of the richest greyhound races in the country.

After a health scare a few years back, Michelle decided that she didn’t want to work a 9-5 job and instead joined the family’s Pearcedale kennel where she now works three days a week with her mother and father (Kel and Jackie Greenough), sister (Angela Jackson) and son Brad. She is also studying nursing two days a week.

“It can be a handful juggling family, study and work. But it’s a great sport and it’s fantastic to be able to spend so much time working with the family.”

Having helped her father, mother and sister achieve success at the highest levels of the sport, Michelle decided it was time to become a trainer in her own right.

“I wanted to train a greyhound of my own so dad spoke to (breeder) Tyson Barton for whom dad has trained for years and he ended up giving me Speedy Carerro.”

(N.B. – Michelle named Speedy Carerro because she thought it sounded like a Mexican name like Speedy Gonzalez off the Looney Tunes Cartoon and therefore should be said with a Mexican accent)

Michelle’s transition from kennelhand to greyhound trainer has been a successful one. After being placed in his first two starts, ‘Scooby’ broke his maiden status at start number three, a convincing all of the way win 29.75 seconds.

With three wins and four minor placings from just 10 career starts, Speedy Carerro will face the stiffest challenge of his career on Thursday night when he takes on some of the best young chasers in the country in a heat of the $200,000 Group 2 Razldazl Launching Pad. Despite his perfect rails draw, Michelle is cautious about her charge’s chances tomorrow night.

“He’s had a couple of little niggles recently but he’s 100% now. He has drawn well but there’s a couple of very fast greyhounds in there so he’s going to need a lot of luck.

“Whatever happens, I know he’ll do his best which is all you can ask.”