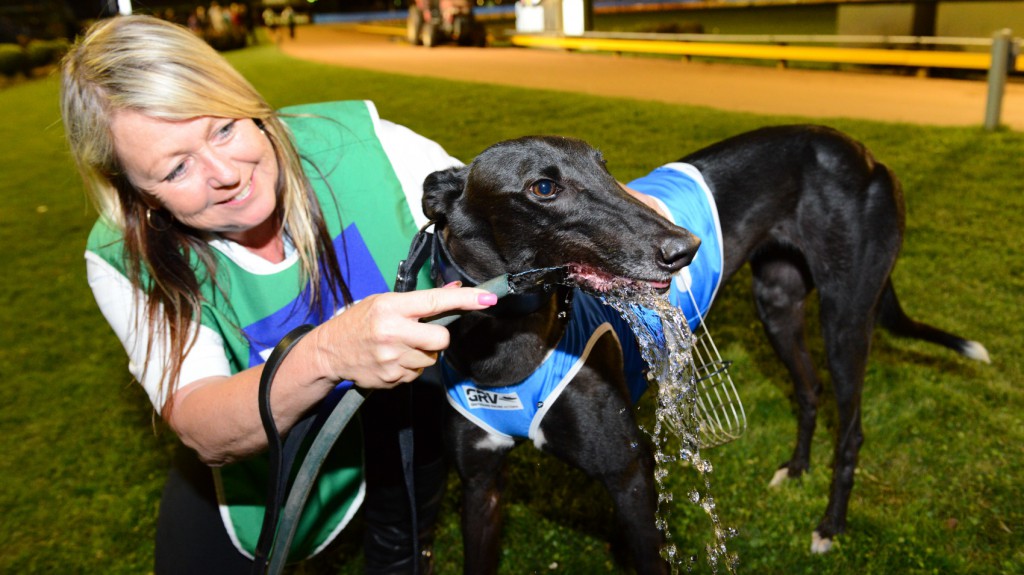 
Rowdy Ronda raced into contention for one of the country’s richest races after her stunning all of the way victory in the GOTBA Cup final at Sandown Park tonight.

The fastest heat winner, Rowdy Ronda showed explosive early pace to open a two length lead over her rivals by the time they left the straight. She maintained that impressive pace throughout the race, carving out impressive sectional times on her way to a 4¼ length win in 29.32. 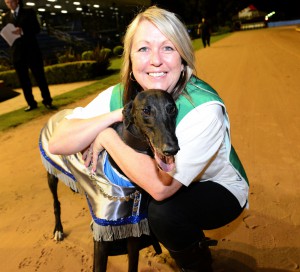 Trainer Lisa Hellmuth was stunned with her charge’s performance.

“I can’t believe she just did what she did,” said Hellmuth.

“She jumped so well. I was a little worried after drawing box 4 because I thought the dog in box 5 might cross her, but as soon as she hit the ground she just took off.”

Rowdy Ronda’s win – her third on end fifth in 11 starts – more than tripled her career prize money courtesy of the $12,000 first prize and $11,000 SuperGOBIS bonus. Despite the riches on offer, it wasn’t a race Hellmuth targeted, rather was fortunate it came up on the calendar when it did.

“We try to start off in the country to get them some experience, then step them up from there.

“She showed a bit when we stepped her up at The Meadows so thought we’d have a crack at this. I still can’t believe it has worked out as well as it has.”

Next on the agenda for Rowdy Ronda is the $200,000 Razldazl Launching Pad, the heats of which will be run next Thursday night.

“I said to (husband and co trainer) Keith if she won and she looked like a chance I’d try and chase up a ticket to the race.

“We’re just so lucky. I thought after (Melbourne Cup finalist) Peter Rocket we’d never get another top liner. To get a greyhound like her from a litter we own and bred is very exciting.”

Click here for full results from the GOTBA Cup

Click here for more information about the Razldazl Launching Pad

Rowdy Ronda runs 4.95 to the first split in her impressive GOTBA Cup win