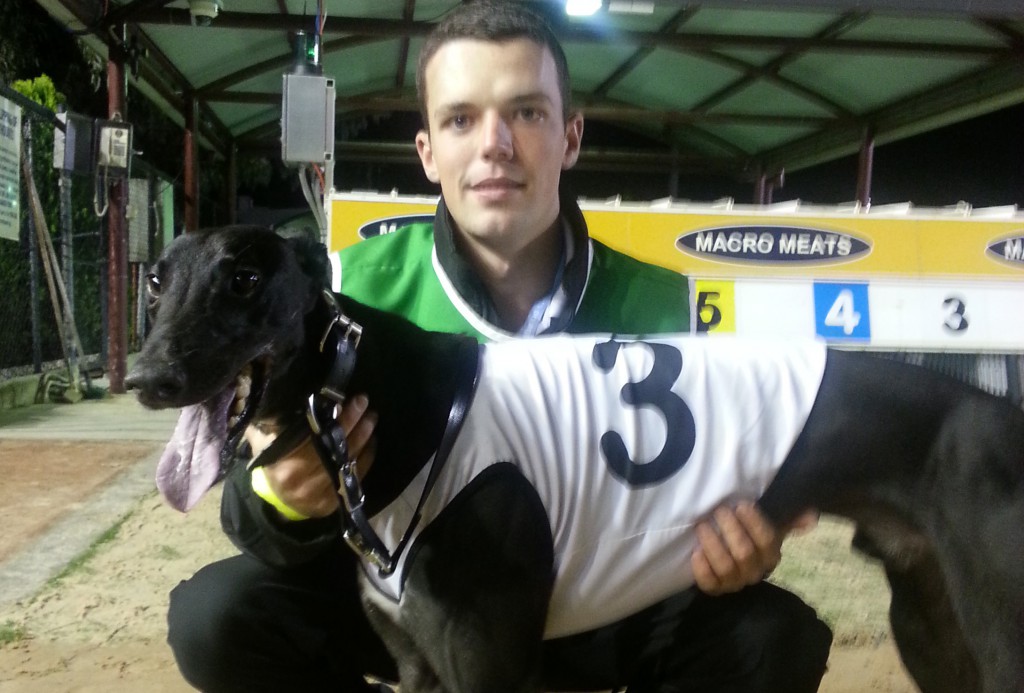 
Allen Deed has been installed as the odds on favourite for next week’s Group 2 Macro Meats Shootout after drawing favourably in box 7 at Sandown Park tonight.

The first greyhound drawn in the race’s unique preferential box draw system, kennel representative George Dailly had no hesitation in placing his charge in the widest box available, box 7.

“That’s what we wanted,” said Dailly.

“It’s the perfect format for him (being just four dogs). He just needs a bit of luck but I reckon he can get down to the low 29.20s and hopefully he’s close enough to them early to finish over the top.”

“If he can reproduce that run it’s hard to imagine any dog being in front of him half way around, it’ll just depend on how far behind they are.”

Having had six runs over the distance since a lengthy layoff Banjo Boy is approaching full fitness. That, combined with experience of lining up in the 2013 Shootout, has given Virtue confidence leading into the 2014 edition of the race.

“There’s only been two or three runs in his career that I’ve been disappointed with, and last year’s Shootout was one of them. This time around though he has no excuses – he’s won five of his six starts from the red box and is as well as I can get him.”

Awesome Project rounded out his Macro Meats Shootout preparations with an impressive win in the night’s Free For All, chalking up his seventh win from 11 starts at Sandown Park. Awesome Project is aiming to give Devon Meadows trainer Darren McDonald an unprecedented third win in the race, and will jump from box 5.

Exciting Queenslander Iva Vision will jump from box three for Peter Young. Despite recording a Best Of Night win in a TAB Melbourne Cup Prelude at his only win at the track, TAB has installed the youngster as the outsider of the field.

The $50,000 winner-takes-all final will be run on Thursday 6 November, along with the final TAB Melbourne Cup Prelude series. 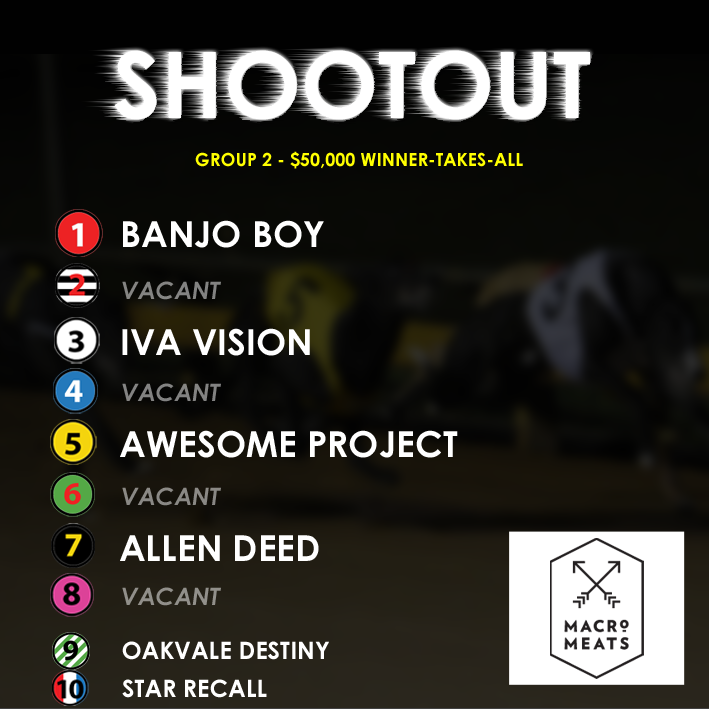 *Pic: Awesome Project takes out the Free For All for handler Chris Connolly